Hello, and welcome to the next edition of the Ryder Cup-date.

At this point we are assuming Phil and Tiger are locks, so let's check in on the other possible Captain's Picks for Team USA! I am sure there were no surprise wins or injuries this weekend for Jim Furyk to deal with and everything went totally fine, right? 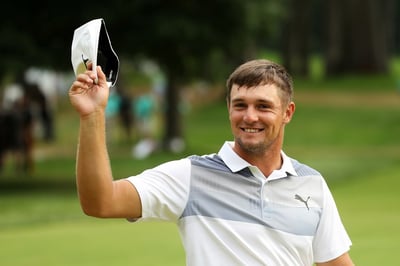 Look at that smile. He knows what he did.

Bryson DeChambeau, 24, took home the trophy this weekend at The Northern Trust, which is really great for him, but extremely complicating for USA Captain Jim Furyk.

DeChambeau missed his chance to be an automatic pick for the Ryder Cup team after missing the cut at the PGA Championship. But, this win propels him up several spots in the rankings, making him #12 in the world and making it hard for Jim to ignore him.

However, DeChambeau is 24 years old, which would make him the youngest Team USA member. He would also be a Ryder Cup rookie, and Jim has stated that he prefers more experienced players, especially playing overseas and for such high stakes.

So, the question is - does Jim go with another experienced player over a hot hand? Or does he pick the rook and hope for the best? Either way, DeChambeau has made his case extremely strong. 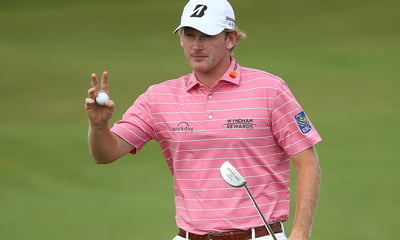 On the other side, Brandt Snedeker is probably on the outs as a Captain's Pick. He withdrew from The Northern Trust citing injury, but what exactly the injury was is unclear - some sources say back spasms (no big deal), others say chest injury (big deal). Either way, I don't think it's a chance Jim is willing to take, considering Rickie Fowler is injured, too. 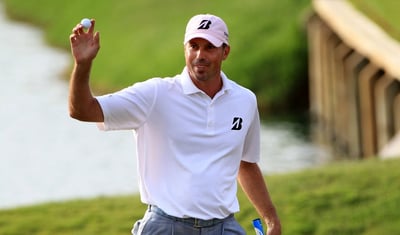 Matt Kuchar is the clubhouse leader for the experienced player pick. Kuch finished 13th on the points list this year, he's been on the team for the last 4 Ryder Cups, and gosh darnit he's such a great guy. He's a logical Captain's Pick, as he brings great experience and great personality to the team. An above-average weekend at the Dell Technologies Championship, and he's a lock. 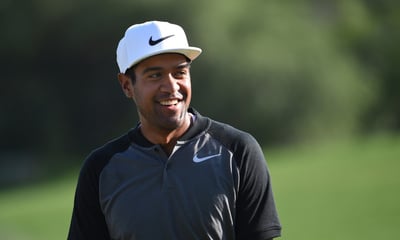 Another possible pick: Tony Finau. Would you like some Tony Finau fun facts? Of course you would:

That last part is completely true and gross and amazing. I will not link the video here, but if you aren't squeamish, definitely go look it up.

Also, if you don't know Tony, I highly recommend you read his story from the Golf Channel. His start to golf, and life in general, was extremely hard. The son of an immigrant, his father built him his own "driving range" made of carpet scraps, an old mattress, and spray-painted circles. When he was 14, Tony and his mother slept in their car at a PGA Junior event because they couldn’t afford a hotel room, and because she only had enough cash to buy Tony a few McDonald’s hamburgers, his mother didn’t eat for three days. Tony and his family sacrificed everything they had to get him where he is today.

I'm not crying, you're crying.

Back to the Ryder Cup: Finau, 28, is also a younger player who is on a hot streak. He is ranked 8th on the year's money list, finished 2nd last week, and has 9 finishes in the top 10 this year. His biggest drawback - no wins in 2018. If he plays well this weekend, he could be a serious contender for the last Captain's Pick.

And boy, am I rooting for him.

Who do you think Jim Furyk's first 3 Captain's Picks will be? Let us know below, and STAY TUNED for our next Ryder Cup-date on Tuesday!