Hello everyone, and welcome to our latest installment of the Ryder Cup-date!

A day you make the @RyderCupUSA team is a day you feel like dancing! Thanks to everyone who came out to support the @TonyFinauFoundation Luau. #inspiresomeone pic.twitter.com/imizdP6X7d

And that's exactly what you should do when you're chosen as the final Captain's Pick.

Finau will be a Ryder Cup rookie. This means there are three rookies on the USA team (Finau, Bryson DeChambeau and Justin Thomas), and five rookies on the European team (Tommy Fleetwood, Jon Rahm, Alex Noren, Tyrrell Hatton and Ol' Thunderbear Thorbjorn Olesen).

We've discussed this previously, but it boggles the mind how far Tony Finau has come. He didn't practice on lush driving ranges with pristine clubs, he shot with a 6-iron bought for 75 cents from the Salvation Army on a homemade "range" his father created in their garage, made of carpet, an old mattress, and spray paint. He gave up several college scholarships to turn pro at 17 and make money for his family. He lost his mother at 21, a mother who, at a Junior's event, slept in her car with Tony and went hungry for three days so that he could have a few hamburgers from McDonald's.

Finau turns 29 on Friday, and it must be a fantastic birthday gift to see your life's work validated in such a way. Tony Finau is not one to give up easily, and that attitude and bravery will likely be an asset at Le Golf National (which has had Power Tees installed for almost 4 years, by the way).

I think, for fun, that Tony Finau and Tiger Woods should be paired together. The jokes would write themselves... 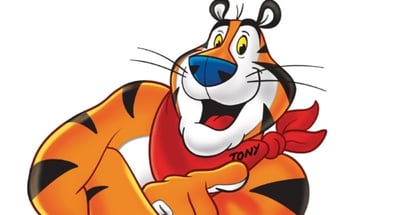 As for an overall assessment, my money is on Team USA. 7 of the world's top 10 golfers are on the USA team. They have fewer rookies, more experience, and Tiger Woods, which is sure to bring excitement. The USA golfers have the hot hand right now. I really think that Sergio Garcia is going to be a non-factor, if not a liability, on Team Europe. And, Team USA only needs 14 points to retain the Cup, while the UK needs 14 1/2 to win.

What are your thoughts? Do you like Tony Finau as the final pick? Who do you think has the best odds to win the Ryder Cup? Let us know below: