I expected Tiger, following his first win in 5 years, to come to Le Golf National HOT.

I expected Bryson DeChambeau, with 2 wins in the last month, to be a force on the course.

I expected absolutely nothing from Phil Mickelson.

The USA roster was better all-around on paper, and frustratingly could not get it done.

These two are historic Ryder Cup failures. Only 4 players since 1979 have played 4 matches at a Ryder Cup and lost all of them like Tiger did, and no one has ever lost more all-time at the Ryder Cup than Phil Mickelson.

This seems intergalactically stupid compared to their PGA Tour history. Something about those two and the Ryder Cup just does not compute, and I sincerely hope they do not play in another one overseas, for everyone's sake.

Captain Jim Furyk's picks (except for Tony Finau MY BOY) fell completely flat. I don't put that on Jim at all, as they were the logical picks, and had he not picked them people would have rioted in the streets. To his credit, Jim did the best he could, and it's the players who let him down.

It's not all Tiger and Phil's fault. Dustin Johnson, the world #1, went 1-4. A still-recovering-from-injury Rickie Fowler went 1-3 and boy did he look awful. Patrick Reed, the self-proclaimed "Captain America" for his international play, went 1-2. 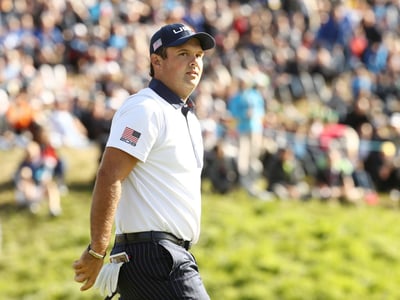 You know what, let's talk about "Captain America". I am both fascinated and infuriated with the human(?) specimen that is Patrick Reed:

At best, Patrick Reed is a misunderstood dude who is good at golf and has poor communication skills. At worst, he's a manipulative, self-centered golfer with a warped reality in which he is always right and always the victim.

And so, to the surprise of absolutely no one, Reed had a lot to say after the Ryder Cup and none of it was good.

Reed claims to the New York Times that Jordan Speith doesn't like him, and that Speith refused to be paired with him, which led to the Woods/Reed pairing.

“The issue’s obviously with Jordan not wanting to play with me,” Reed said. “I don’t have any issue with Jordan. When it comes right down to it, I don’t care if I like the person I’m paired with or if the person likes me as long as it works and it sets up the team for success."

Reed also complained about being sat by Captain Jim: “For somebody as successful in the Ryder Cup as I am, I don’t think it’s smart to sit me twice.” As a reminder, this is the same Patrick Reed who apparently shot 83 while paired with Tiger on Saturday and who struggled to keep his ball out of the water. 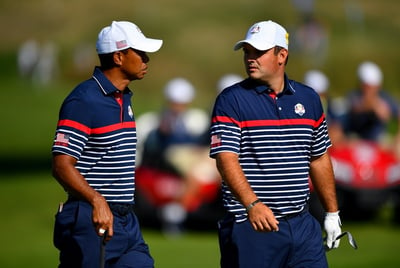 Jordan Speith has not responded, but an anonymous non-playing member of the team has. “He is so full of s–t,’’ the source said on Monday, adding that “he begged to play with Tiger.’’ NOW we've got a mystery, folks. Who can this be...? My money's on Zach Johnson.

With the way Reed acted during and following the Ryder Cup, there is no way he will ever be a Captain's Pick. If he wants to play, he better hope he automatically qualifies. I'll hope for the opposite.

Patrick Reed's signature move is "the shush". Perhaps he should follow his own advice. 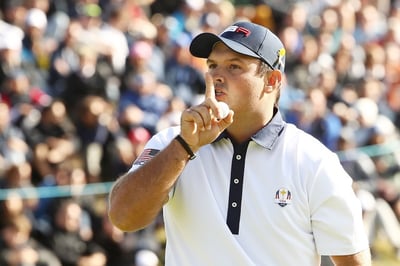