I just want everyone to stop for a minute and think about the insanity of this whole thing.

Seventeen months ago, he was recovering from his fourth back surgery.

Ten months ago, he was ranked 1,199 in World Golf rankings. To put that in perspective, basketball star Steph Curry, who entered one tournament and missed the cut, was ranked 1,928.

I don't post this for laughs, because it absolutely is not funny. But this was Tiger Woods in May of 2017, after his arrest for DUI. 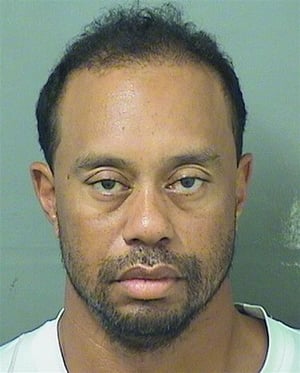 Now, raise your hand if you thought, after seeing that photo, that he would come back and win any PGA Tour events, much less the Tour Championship. I'll wait.

Nobody believed he'd win again, much less be competitive. His best golfing days were behind him. After his seemingly endless cycle of injuries, surgeries, pain and medication, not to mention his tumultuous personal life that became public ridicule, there was no way Tiger would ever be the same golfer, much less the same guy.

And nobody can possibly be that good for that long. His first win on the PGA Tour was in 1996 when he was just 20 years old. It's just not possible for him to dominate that sport the same way he did before. Nobody can do that. 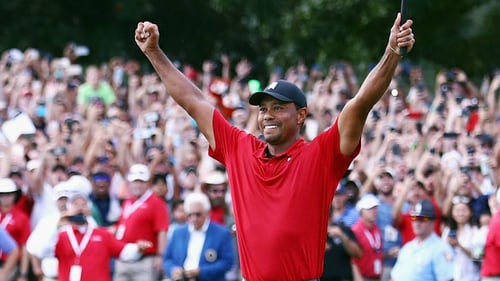 But here we are, and this morning Tiger Woods woke up as the 2018 PGA Tour Champion, 1,876 days after his last PGA Tour win.

For him to end his PGA season with a win is the perfect ending to the perfect comeback story. Tiger amassed the largest crowd in Tour Championship history. The ratings on television were the highest in Tour Championship history as well, and even surpassed NFL ratings - on a Sunday. What Tiger Woods means to golf - and golf fans - cannot be overstated.

Tiger has overcome so many obstacles in the last decade, even one of which would have thrown a lesser golfer into oblivion and obscurity for the rest of their lives. Many of Tiger's failings were self-inflicted, and you are entitled to feel however you want about them and him as a person. The fact is - Tiger Woods is one of the greatest athletes this country has ever produced, and his rise, fall, and rise again is something we will likely never see again.

What do you think about Tiger's win yesterday? Did he need it to know that he was "back"? Do you think his winning is sustainable? Let us know below!