The Web.com tour has finished 5 tournaments so far and is on a break until March 21st, so we thought it would be a good time to check in, see how the players are doing, and talk a little about some key players!

The Web.com tour is, for me, more exciting than the PGA Tour. These players are putting everything on the line - the goal is to play well enough all season to make it into the top 25 and secure the ever-elusive PGA Tour card. They've got way more than just money and bragging rights on the line, and that's really cool. 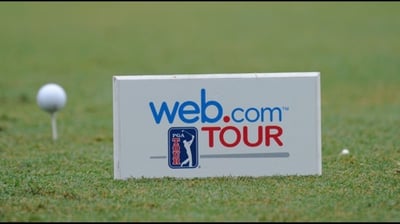 This division of golf has had many other names - it started as the Ben Hogan Tour, then became the Nike Tour, the Nationwide Tour, the Buy.com Tour, and in 2012 became the Web.com Tour as we know today. Phew!

Also, quite a few graduates of this tour have gone on to become PGA Tour all-time greats. David Duval, Zach Johnson, Bubba Watson, Matt Kuchar, Jason Day, and even Power Tee's own Jim Furyk rose through the Web.com Tour, earned their Tour card, and have achieved great success in the major league.

So, let's dig in and learn about a few of the up-and-coming golfers of the 2019 Web.com Tour:

The Web.com Tour season continues on March 21st at the Chitimacha Louisiana Open in Broussard, LA, and finishes on September 2nd at the Web.com Tour Championship, which is moving from Atlantic Beach, FL to Newburg, IN this year.

We'll see how our key players finish this year, and we wish all the Web.com Tour players best of luck on their journey this year!